There’s been a fair amount of triumphalism about the Census Bureau’s recent report on income and poverty, which showed a 5.2% increase in median real household income from 2014 to 2015. For example:

I usually try to be restrained, but this is unambiguously the best Income, Poverty & Health Insurance report ever. https://t.co/YdN4HgtIvR

But, and I don’t think Jason Furman would disagree, this is not particularly strong evidence that everything is rosy, or that “America is already great,” as some would have it. As many people have pointed out, median household income in 2015 was only back to its 1998 level. Actually, when you take into account a methodological change in 2013, it’s still 5% below its 1999 peak.

END_OF_DOCUMENT_TOKEN_TO_BE_REPLACED

But, I hear you saying (and emailing) after my last few posts, higher taxes are bad for the economy because people don’t work as hard, making the pie smaller for everyone.

Yes, that’s what it says in the textbook. But the issue is more complicated than that. Look at this, for example: 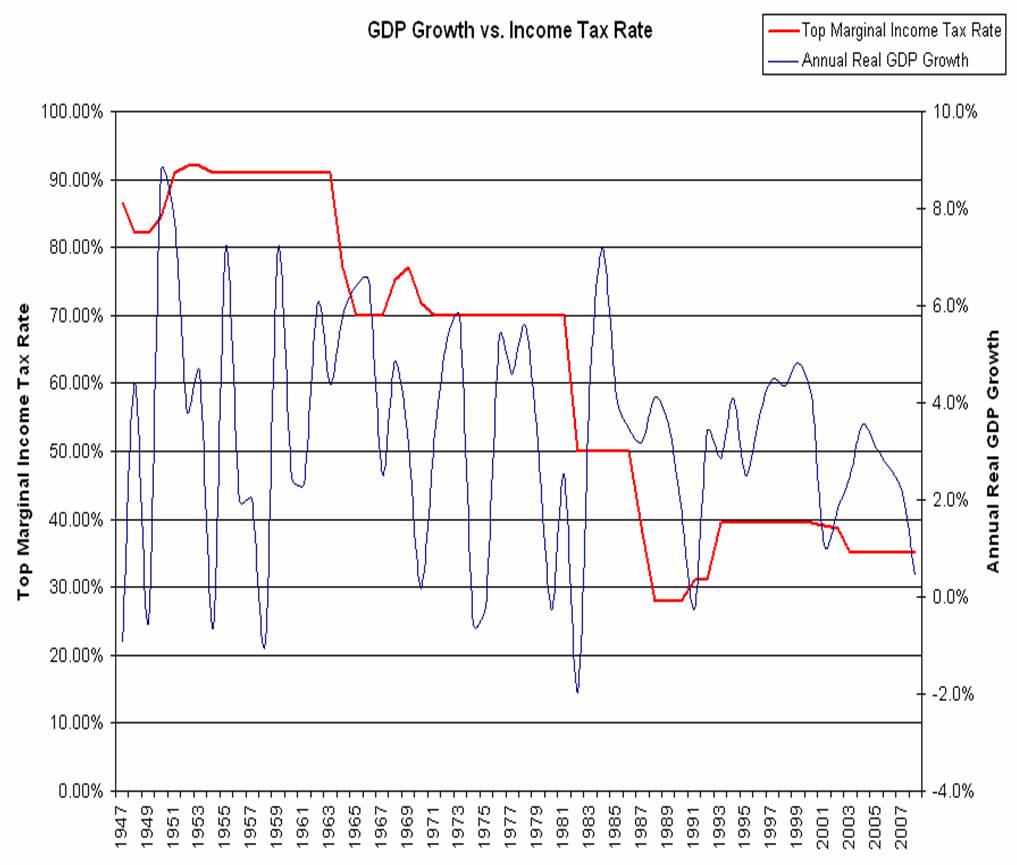